Digital Discourse in Mathematics: Strategies for the Young Learner: 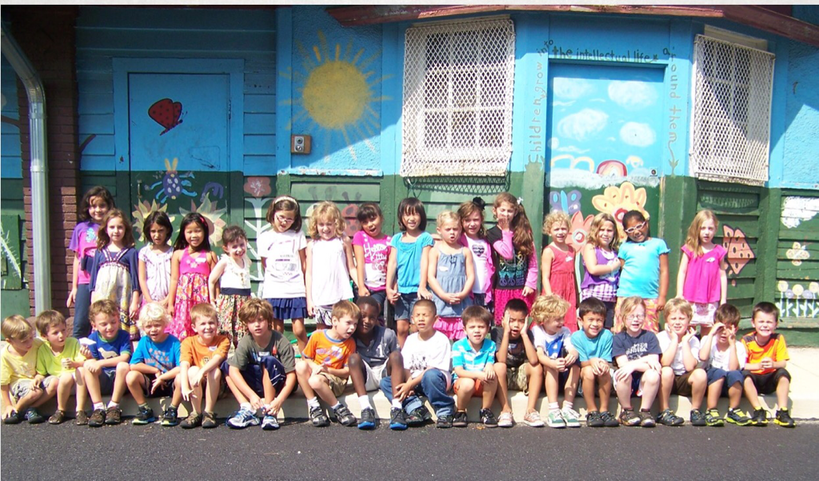 Reflection of this iBook:

At the beginning of this iBook, Ziemke started off by talking about what we already know about early childhood mathematics. She states, "When we provide students time to write, draw, converse, view, and think mathematically, they can make sense of the world around them." She also states that, "As we provide appropriate scaffolding and support along the way, students personalize the learning experience, develop critical thinking skills, and build background knowledge to think deeply about math." I think her thoughts and ideas are spot on about this. I want to be a first grade teacher just like Ziemke, so I find her iBook on "Digital Discourse in Mathematics: Strategies for the Young Learner" very relatable and useful. Ziemke felt like all her students were doing well in her mathematics class, however, she felt like they were just "going through the motions." She wanted her students to show excitement towards her math class. She found the fault in her instruction; she realized she "didn't provide enough time for her kids to work collaboratively, build knowledge together, or learn from each other." Ziemke struggled to implement this social time and group work in her math lessons, so she began to look for better ways to engage in math. Lucky for her, the students in her class had a 1:1 iPad program. She realized that iPads enhance math. The iPads were a way for students to "capture their thinking and learning differently." The iPads allowed the students to create new things and show what they know in new ways. As Ziemke says, "it had provided a more effective mode for documenting our math learning." The students used different apps on their iPads to draw, record, and share each others' work. The iPad allowed Ziemke to "capture the students' thinking process, not just the answer digitally." The iPads allowed the students to "hear the teacher explain the math concept while also viewing the step-by-step instructions on the Apple TV." The iPads also enhanced mathematics in her classroom by allowing students to see different perspectives on problems and providing immediate feedback. As you can see, the iPad helped solve Ziemke's problem of the students being disengaged in her math lessons. They helped the students actually understand and learn rather than the students only going through the motions.

Some specific apps that this iBook talked about were Drawing Pad and Doodle Buddy. These apps "enables students to modify or make multiple attempts at problems and allows them to save/share their work easily." I think that students would have a lot of fun doing their math problems on these apps not only because you can write using your finger on the iPad, but also because you can use different colors. They can draw pictures easily on these apps to help them better understand the math problem. This iBook talks about how after the students used the iPads to enhance their learning, it "also increased skills in how the students take about their mathematical thinking." I think that the pictures that the students draw have a lot to do with this. In other words, they can better understand why they did certain steps. The iPads also allow the students to easily save their work by taking a screenshot of their work, saving it on their camera roll. They then, email the screenshots to their teacher. This would be beneficial because students wouldn't have the chance to "lose" their homework. It would all be saved and turned in digitally. I liked Ziemke's idea of putting the screenshots of her students' work into a slideshow for the next days instruction. I think students would really enjoy seeing their work up on the board and also see peers' work on the board. This helps them connect their learning. I hope to implement the use of these apps in the way that Ziemke did in her classroom to make math more fun and enjoyable. I absolutely LOVE her idea of creating the slideshow for the next lesson! I will definitely use iPads and these particular apps in my classroom someday if my class is lucky enough to have access to iPads. Math should be fun, and iPads will help achieve this goal!

More apps that Ziemke uses to help her students interact and talk to each other are Edmodo and TodaysMeet. These apps let the students participate in discussion and conversations with each other at the same time. Students can share ideas with each other, provide explanation for a given topic, etc. As the iBook said, "Because students have access to the thinking and ideas of all the other students, learning is scaffold as kids comment, provide feedback, view, and work collaboratively. I like this idea, however, I would be afraid that students would use these apps as a way to cheat. I really like how Ziemke used Edmodo to have the students do number sentences, counting backwards on fingers, removing zeros to simplify, and drawing. After watching the video on this page of the iBook, I think that this is definitely an effective app to use in a math class. I would consider using this app in my classroom in the same way that Ziemke uses it, however, I'd be extra cautious of preventing cheating. The other app that she talks about it TodaysMeet. This is a free web tool where students post their "math thinking and collaborate to solve problems." Students can view, talk, or type on this particular app. I like how she brought up the point that "providing an opportunity to write instead of speak gives access to students who may be too shy to raise their hand to share or speak in front of the group." This is a really good point. I like how the teacher can revisit the conversations at a later time when the students are offline. This would prevent cheating. I found it interesting that she also had her first grade students using twitter at such a young age. I understand that she wants her students to engage in math discourse with students and classrooms all around the world, however, I think first graders may be a little too young to have a twitter account. Ziemke used twitter to have the students posting and answering stories. Aother app she uses is iMovie to have her students capture their mathematical thinking. This also makes them think about the problem step-by-step. This makes it easy for the teacher to tell if the student fully understands the concepts. If the students doesn't understand, the teacher will be able to tell exactly where they student when wrong. Because of this, I think I would definitely used both this app in my future classroom. It makes the students truly think deeply about what they are doing, which will help the students actually learn the material and concepts.

As you can see, I have learned so much from this iBook. I would highly encourage you to take a look at it if you are looking for creative ways to engage your students in math lessons with technology. Ziemke is such an inspiring educator! I cannot wait to implement some of the apps she suggested in my future classroom. Click on the buttons below to visit Kristin Ziemke's various social media sites. The buttons will also give you access to her contact information! 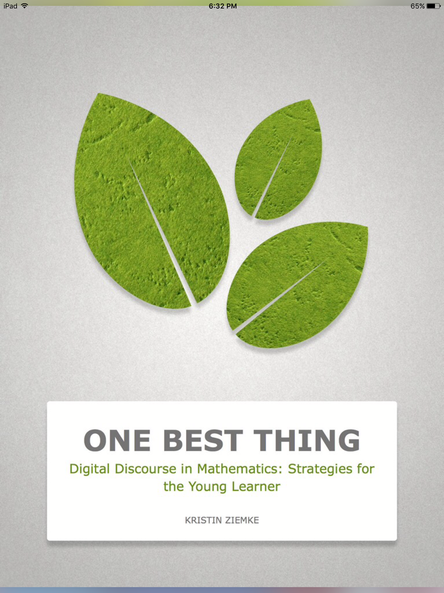